A comprehensive and honest review of the most popular plant based, vegan, and dairy free ice cream brands in Australia! Don’t waste your money until you know ALL the details- taste, texture, and price! 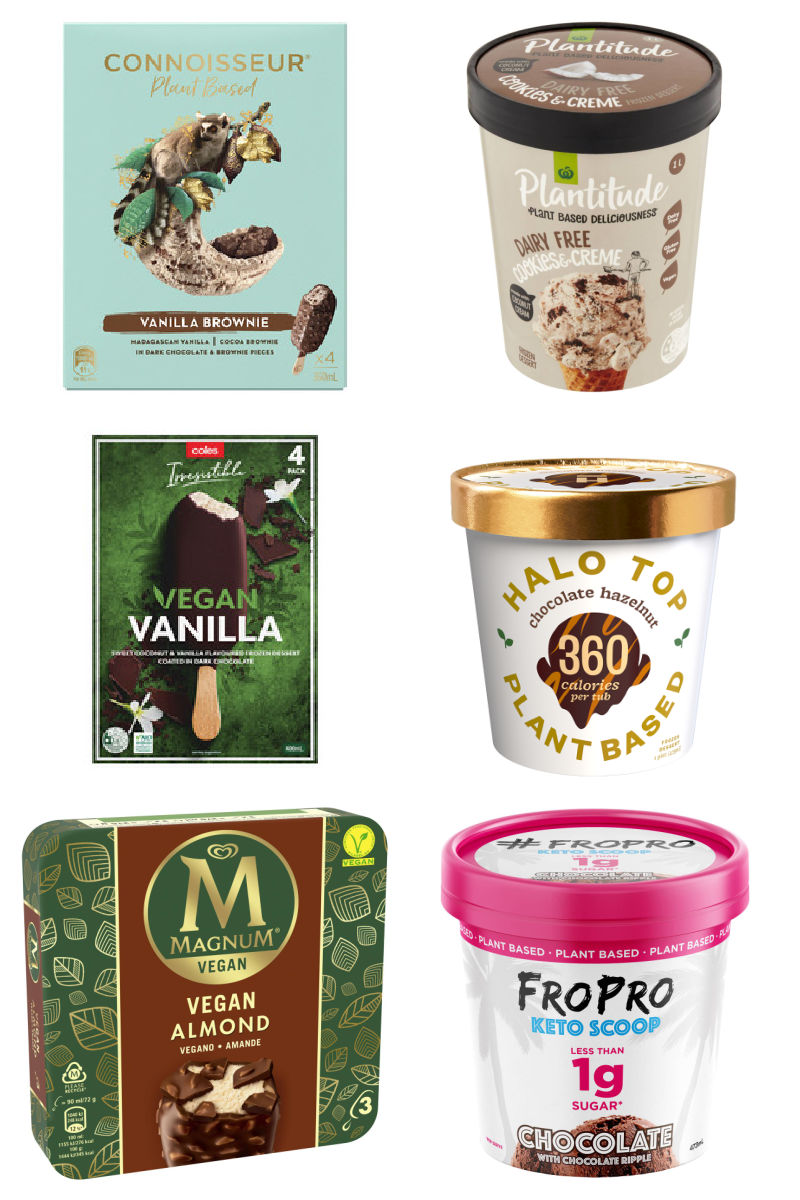 Australia is finally listening. After America, the United Kingdom, and all over Europe have had plenty of vegan ice creams in their supermarkets for years, it’s time for Australia to jump in on the action.

That’s not to say that there has never been any dairy free ice cream before. Over the last decade, there has been a very limited vegan frozen dessert range. Unfortunately, the offerings were very subpar. Not only were they extremely expensive, but they also did not taste very good. It wasn’t until the last year that the market has suddenly been flooded with new plant based frozen desserts…and there’s plenty to choose from.

Popular brands like Magnum and Cornetto have lead the way in providing plant based options, with Connessieur jumping on the bandwagon too. Mainstream supermarkets like Coles, Woolworths, and Aldi have also joined the race, all with at least two or more options.

However, not all ice cream is created equal and not everyone can get the vegan formula right. Luckily, this is where we come in.

We have narrowed down the top 7 most searched vegan ice cream products in Australia. We’ve tried and tested every single one and can provide an honest review on each one. You can see which ones are worth it and which ones were a disappointment.

Here are the seven brands we tasted-

Here you’ll find an honest and upfront review for every single brand.

We tried their dairy free vanilla ice cream bars, which were essentially vanilla ice cream covered in chocolate. Upon first inspection, it looked like any good ice cream bar, however, once bitten into it, the chocolate broke off and had a very dry flavor. The ice cream itself was not very creamy at all and lacked any real sweetness.

They retail at $6 for a pack of 4, but you’d be better off paying more for a better quality vegan ice cream.

If you’ve visited a Woolworths supermarket recently, you’d have noticed that they now have a range of desserts and treats under the name of ‘Plantitude’. Under this new range, they include three ice creams, in vanilla, chocolate, and cookies and cream.

We tried their cookies and cream ice cream and had mixed reviews. We expected lots of cookie chunks but there was barely any throughout it. The ice cream was smooth and creamy, but lacked any real flavor.

Their tubs retail for $8, which is a little more than traditional ice cream. I have since tried their vanilla flavor and can vouch for that in terms of flavor and texture.

A traditional Australian brand, it was a pleasant surprise when news broke that they were releasing a vegan/plant based range.

They have four flavors, two in their bars and two in their tub range- Vanilla brownie, coconut acai berry, mango passionfruit, and hazelnut chocolate.

We tried their vanilla brownie ice cream bars and were VERY impressed. This is the kind of ice cream you’d share with your non-vegan friends to convince them that plant based foods can be incredibly delicious. The ice cream was incredibly rich and creamy, with mouthfuls of chocolate brownie bits throughout. The chocolate coating was sweet and delicate, and we could easily have eaten a second one.

The ice cream bars retail for around $9, and are definitely worth the extra few dollars.

We grew up with traditional cornetto ice creams so had very high hopes for these ones. They come in just one flavor, their classic vanilla.

Upon opening them, you’ll notice that they are considerably smaller than a traditional cornetto. As for the taste, it was very dissapointing. The ice cream was very icy, and had no real flavor to it. The chocolate bits were okay, but the best part was the cone.

These retail for $9 for a box of 4, which are on the pricy end, and we cannot justify the price as the flavor was very dissapointing.

Magnum are easily one of the most popular and famous ice creams in the world, and for good reason too. Their ice creams have a reputation for being incredibly indulgent, rich, and creamy. When they announced a vegan range, we were more than excited.

We tried their almond flavor and it did not dissapoint. If we weren’t vegan, we would not have been able to tell. The ice cream was creamy and the chocolate coating with thin and full of crunchy, sliced almonds.

The only downside is that they only come in boxes of 3 and at $7, they are on the pricy end. However, they are often on sale so it’s great to stock up on them when they are.

Popular over the last few years thanks to their higher protein and lower fat content, halotop has recently reformulated many of their ice creams to have a dedicated dairy free range. The ice creams are made with oat milk, and they come in four flavors- Cookie dough, chocolate hazelnut, peanut butter choc overload, and caramel chocolate pretzel.

Having tried all four flavors, we were very impressed with the reformulation. Unlike their older flavors, these ones were all incredibly sweet, rich, and creamy, and didn’t taste healthy at all.

The only downside is that they are $9-$10 a pint, and, when designed to consume in one go (360-400 calories per pint), they can be a very expensive treat. They’ve also received criticism for omitting much of the protein from the plant based range.

Similar to halotop, Fropro creates healthier and protein rich desserts. They have two plant based options, their singles (ice cream bars) and their scoops (tubs). Not only are they vegan and dairy free, but also keto!

We tried both the bars and the scoops are loved the incredible texture of them both. The ice cream had almost a mousse like texture and it was very hard to not finish the entire tub.

At $10 a tub, it is a very expensive option, but highly rated in the taste department.

Which should you buy?

Now that we’ve narrowed it down, it comes down to flavor, price, and availability. If we had a choice, we’d choose Aldi’s one, as it is the most affordable and tastes delicious. However, not everyone has an Aldi near them. If you fall into that category, Connessieur and Magnum both get gold star ratings and our seal of approval.

Tip- These ice creams are often on sale, so buy two packs at once so you’ll be set until the next grocery shop. 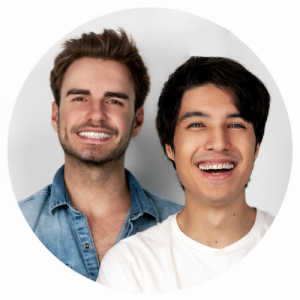 Hold the phone and check out this EGGPLANT LASAGNE